A while ago I was invited to participate in a webinar with some dear sisters who have spoken into my life countless times over the past (almost) two decades. These are women who love, love the Word of God and love His people. I was looking forward to being an attendee, a listener, a participant rather than the leader. We all need that. We need people in our lives from whom we can learn and grow and be challenged.

I don't remember the details, and the purpose of this particular blog isn't to storytell so much as exhort and call back. My heart was hurting over an issue with my husband... a longtime, 20 year old issue that God continued to bring round. We had received a measure of healing up to that point, but I could not believe that God brought us thus far and would not perform His promises and Word. But I was stuck. I didn't know how to go forward but couldn't believe He would heal only a little. I believed more healing was to come.

I typed in a question that reflected my struggle, and they graciously responded to it. But what was called back to me, and to all of us on the webinar was, "It is what it is." Now granted, they didn't know details, didn't know the issue, didn't know what had already transpired, etc. Had they, I know there would have been further life giving exhortation and encouragement, prayer etc. That's who these dear sisters are. They exude wisdom and love and exhortation. So this isn't so much a response to what they said, as to what we often hear in the Body, in the world. "It is what it is."

When I heard this response, my heart completely sank. Without the benefit of reflection, my heart sank. Again being told, in subtext, "Accept it, pray for change, but accept it as being what it is. You can't change it, learn to live with it, go after your own healing, etc" I had been trying to do that for 20 years. Yes, some healing had come. Yes, we had both grown. Yes, we were learning new things about our relationship with our Abba Father that furthered our freedom, but to say, "It is what it is," made me feel hopeless.

Here is what I would say to you who find yourselves in this position. It is what it is... until it isn't. If you are not satisfied with the status quo, if you know in your heart the promises of God, and in your issue He has promised freedom... then hold Him to it. But you must be willing to go where He goes. You must be willing to let Him crucify your own passions and desires, your rights, and allow Him to plant in your own heart, resurrection. He gets to choose what that looks like. You must learn to praise in the midst of the pain, in the midst of the heart break. You get to learn to praise Him in the hard and find the sweetness of your Shepherd who knows your hurts, your wounds, and how you got them. He knows what He must do to heal... you must stay still while He does it.

For a few weeks after the webinar, I would simply cry to God in the mornings, telling Him I didn't know what else to do. He had examined me, He had chastised me over the years, He had disciplined me, taught me, encouraged me, poured into me... and I sensed there was nothing left He wanted or needed to do in me to affect this change. I began to worship, cry yes, but worship. Within a few weeks, healing came. It was so painful at first, like breaking a bone and resetting it. It took my husband and I a few days to walk through the healing. But I could sense this was different than the measures of healing we had received in the past. This one would take us to real breakthrough. My job was to be quiet, let my husband wrestle, and continue to praise. And God did it. He did it. He did all of it.

Break-though doesn't' mean the war is over. Break through means the battle has begun, but we already have the victory. We get to learn what it means to walk in victory, and how to fight for our new normal in our marriage. But it isn't what it was. We are taking the land that we were promised. We are no longer shut out of parts of our marriage, we are taking the ground promised to us within it.

One song that came to me just days after break through was "Defender." The lyrics are below, along with a link to the song.

Defender- Rita Springer
Posted by Nicole at 8:37 AM No comments: 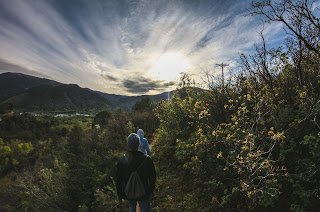 One year ago yesterday, we sent out an email to a group of friends whose walk with God has impacted our own. We asked them to listen and pray with and for us, as we sought God's direction and path for our family. We had a sense God was leading us to plant a church, but these trusted people have enough relationship equity with us, that if they didn't hear that, or heard something different, we would listen. Some asked good questions that had us thinking and helped refine our fire and call. Some, as they listened to God, received words and pictures for us, affirming God's call.
Our family fasted, along with Ephrata Community Church. Matt made it 20 some-odd days on a complete water only fast. I think I had 4 meals during those three weeks, as I continued to work cleaning houses. The kids participated too, fasting from social media etc. It was humbling and incredibly difficult. But we sensed God's presence and shepherding like never before.
I sensed God's leading on church planting too, but really struggled with the call. I asked (pleaded with) Him to affirm His call with provision of three things: a home (we were living at a friend's house) a sending church that would mentor and plant us, and a third personal request.
Within 21 days... I never put that together, but within the same amount of days that we had fasted, we had a beautiful home in Hummelstown borough and a sending church with mentors at Lifeway Church .
My third request is in process, and if God was so quick to answer the first two, will He not answer this last one as well?
In 2017, we went from living in a friend's home, not sure of God's next steps, not sure of our place in our home church, not sure of the future God had for us, no sense of stability anywhere except our Jesus, to accepting a call from God, affirmed in community, to plant Deep Rivers Church. We are now renting a beautiful home from good friends, are rooted in our Lifeway Church family, serving and using our gifts there. We were introduced to a foundation that is supporting Matt 3/5 time, and I still have incredible and generous clients for whom I get to clean. We were given a third car for Em to drive, which was very appreciated when we were all working this summer.
We have those who have sensed the call to join the vision God has for us here in this region and who are committed to our launch team, have prayer warriors called to pray with and for us, and most importantly, for me anyway, are throwing off what others have said we should be doing, and are embracing our God who is sufficient not only to meet all our needs, but to equip us for the call on our lives.
A dear sister at Two Rivers EVFree Church in TN had a corporate word for those attending Quiet Waters, and it was "step out into the empty spaces (to occupy), don't reference old kingdoms, don't mourn what was. (new wine needs a new wine skin) Rev 18, Mark 2. That was such a personal word for me, and it came at a time when I was mourning lost friendships and relationships because of our choice to follow Jesus in planting this church.
But here we are in 2018... this year, this September, God will fulfill the vision He placed on our hearts last year, the call He burned there after much prayer and fasting. He gets to decide what it will look like. He gets to decide whom He will call. He gets to decide the fruit. We get to follow and watch our Father do His thing!
I believe there is a great, great harvest coming, and there won't be enough churches to fill the need. May each of us be faithful where we are planted, to not only feed ourselves, but to welcome every hungry heart to meet the only One who can satisfy.
May you be blessed dear sister, dear brother, to know the Voice of your Father, and to follow Him fully in 2018! May you know the love of Abba Father, be empowered by His Holy Spirit, and share the freedom and joy you have with everyone in your sphere.
Posted by Nicole at 6:57 AM No comments: